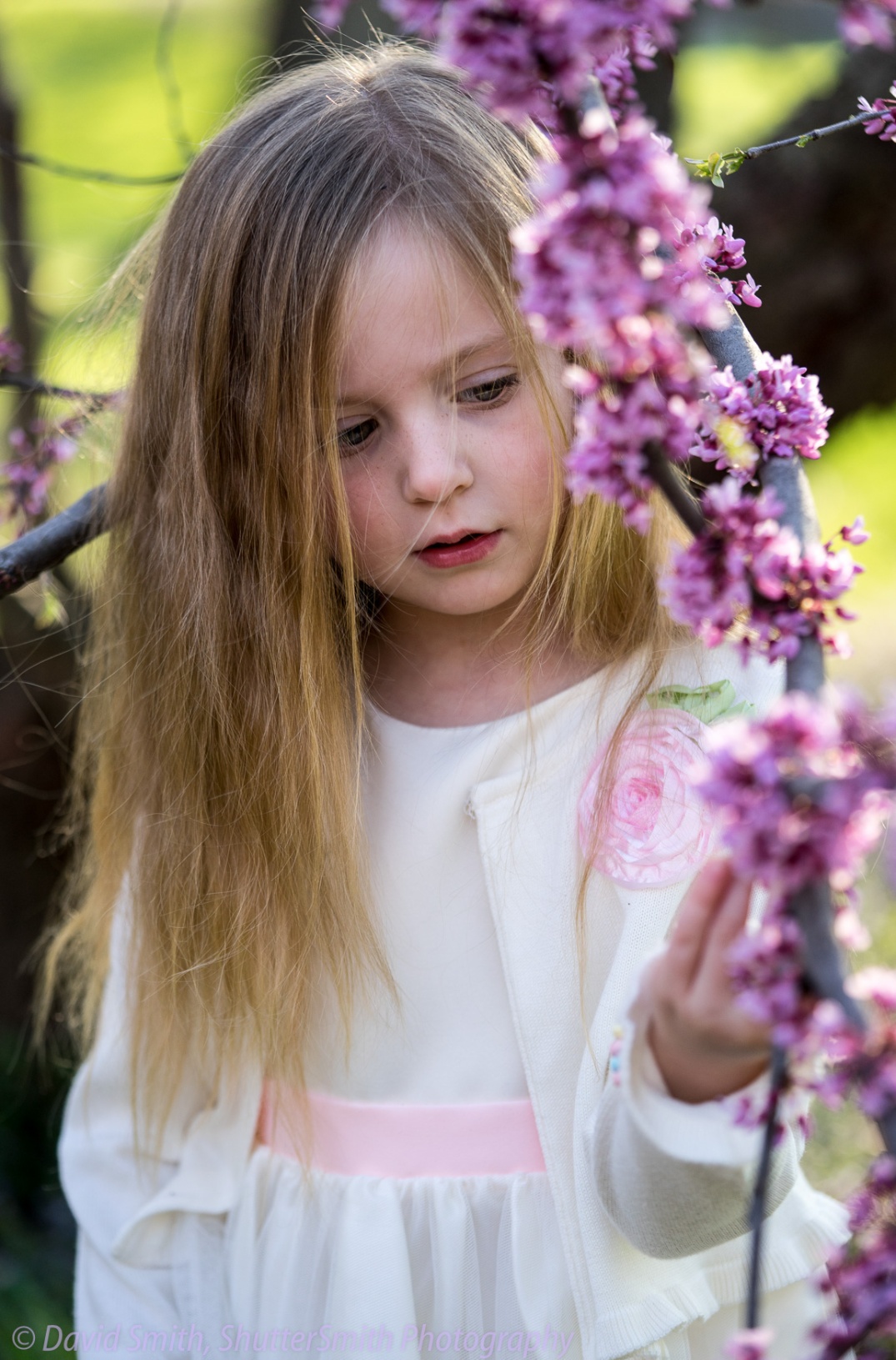 I know that I said in one of my earlier posts, that part of the reason that I wanted to blog was to help myself grow in my photographic ability, and also as a person.

Well, today is the first test of that.  I was happy with the way Ruby’s photo shoot went, but well, it wasn’t perfect.  So, here is my full honest report.

We took these on one of those days when it was cloudy most of the day, and then turned very sunny in the late afternoon.  Cloudy days can actually be great days for pictures, it is easier to saturate the colors and very seldom do we have nasty shadows to deal with.  So, I had full sun to work with and the show must go on.  But, there are ways to deal with it. 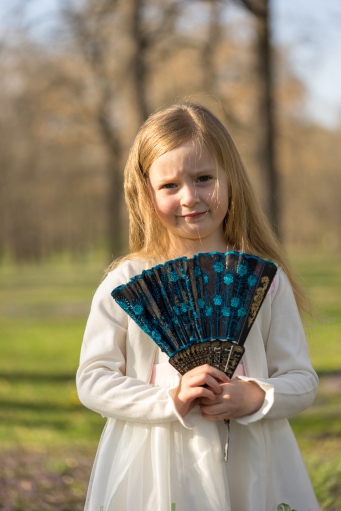 The two images above aren’t sized the same, but you can see the difference between using a flash and not using a flash.  The image on the left isn’t using a flash and the one on the right is.  the flash was off camera above the subject and about 45° from the shooting angle. The flesh tones are more even and you can see Ruby’s eyes better.  But, we still have nice highlights on her hair.  On a larger image you can see the reflection of the flash in her eyes, which adds interest as well.  After taking the pictures too, I like the green grass and purple creeping charlie because it adds color to the photo.  The trees are too close to her hair color… although the sun highlights save it.

But the problem was, since I wanted to shoot wide open… which on this lens is f2.8, I had too shoot 1/500th of a second shutter speed.  This forced the flash to go into HSS mode.  It works, but with a flash that is marginally strong enough to do this… it overheated eventually.

This picture is nice, but shows some minor effects of the flash.  You can see Ruby’s chin shadow on her neck and the dolls hair shadow is visible as well.  But, you can still see contours on Ruby’s face and clothing, so it isn’t bad.  I switched to a wider angle lens to get some of the purple flowers in front of the subject, which I think worked pretty well.  I probably should have put the beauty dish on the flash to soften the light some which would have been better.  Next time in these conditions I will do that.

The other point, which I was well aware of, is that a major challenge is to get the child or photographic model to relax.  We tried multiple times to get her to relax, but not always as successful as I would have liked.  But, while walking back to the car, I was messing with the camera, trying to figure out if I did something wrong with the flash to cause it to stop working.  But, we told Ruby that we were done.  When we did that she started to act like a child and picked some small white flowers and tried to give them to me.  At this time, I got three of my favorite pictures.  What I find interesting is that I can still see her left eye through the flowers, which to me means that she was interacting with the camera or me… kind of special. 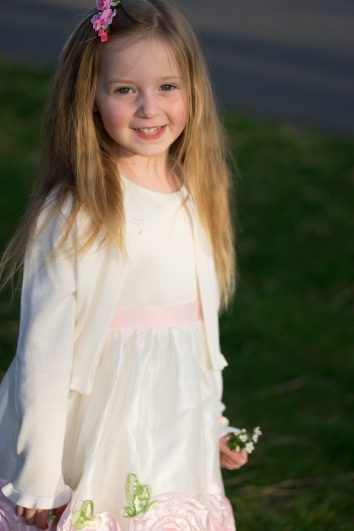 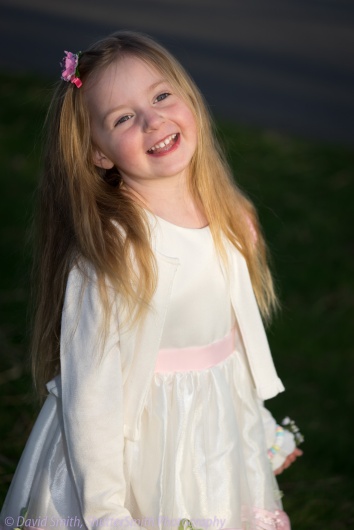 One thought on “Ruby’s Photo Shoot”